KENDALL: All Americans wanted for Christmas was health care choice

Seeing Obamacare for the first time, it isn’t what we asked for 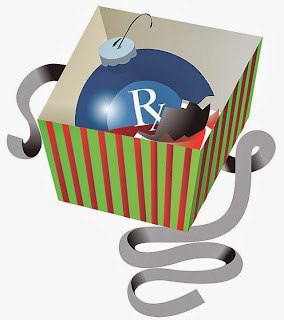 Illustration by Linas Garsys/ The Washington Times more >
Bottom of Form
President Obama's famous unkept promise, "If you like your insurance, you can keep it," has had a Scrooge-like effect on countless Americans this Christmas season.
Far from delighting in Obamacare goodies, as Health and Human Services Secretary Kathleen Sebelius delusionally recommends, millions will be staring at the proverbial lump of coal, having lost health insurance coverage because of Obamacare, forced to fend for themselves on the public exchanges, and facing a very insecure future given steep prices, risk of identity theft, and uncertainty over actual coverage.
Individual stories shine a brighter spotlight on the misery afoot in the land.
Take 7-year-old Hunter Alford from Gainesville, Texas. This salt-of-the-earth child, passionate about country music, playing guitar and keyboards, and soon the fiddle, is now fighting a rare form of cancer without health insurance. His Children's Health Insurance Program coverage was canceled on Nov. 1, after 18 glitch-free months. When Texas transferred the program to Obamacare Medicaid, it seems Hunter's police officer father earned $173 a month too much to qualify.
Can our leaders finally admit it? Obamacare is an unmitigated disaster, and it's time to repeal and replace it with health care reform that works for all Americans.
We've seen this movie before.
Twenty-five years ago, Americans rejected a massive government health care overreach called the Medicare Catastrophic Coverage Act. Seniors pounced — literally, on the car of House Ways and Means Committee Chairman Dan Rostenkowski, Illinois Democrat — and it was promptly repealed.
While Democrats like to argue Obamacare is the 2010s version of 1930s Social Security, and its 1960s Medicare and Medicaid expansions, Medicare Catastrophic is the more apt comparison.
Like catastrophic Obamacare, Medicare Catastrophic was inspired by social engineering do-gooders who believed government knows best. A Congressional Budget Office staff working paper described its benefits: "The net result of the act if it were fully effective in 1988 would be to reduce out-of-pocket costs (direct costs plus premiums) for poor and near-poor enrollees, while increasing costs for other groups." The ceiling on those increased costs in 1989 was $1,600 per couple, $800 per individual. The legislation also assumed the almost 75 percent of seniors who had Medigap coverage would drop it in favor of Medicare.
It's the same template Obamacare uses: the well-off subsidizing the less-well-off while assuming the former will agree to this beneficence and sign up despite increased costs. It's the same incorrect assumption underlying the anticipated "death spiral" that would make the "Affordable Care Act" increasingly unaffordable, not only for families and individuals struggling with Obamacare sticker shock, but for the nation as a whole.
Just as Medicare Catastrophic was gone when reality set in, so should Obamacare be.
When it's repealed, we can finally put to rest that other big lie: Republicans have no alternative proposal to Obamacare. The Patients' Choice Act, offered in 2009 by Republican Reps. Paul Ryan of Wisconsin and Devin Nunes of California, and Sens. Tom Coburn of Oklahoma and Richard Burr of North Carolina, was a particularly good plan. Rejecting top-down, one-size-fits-all government mandates, it emphasized disease prevention and health promotion, affordability, accessibility, transparency and equal tax treatment. Unique among the plans, it transformed Medicaid's inferior health care system such that, as Mr. Nunes said, it would have given the poor not only health care, but "dignity," because it put funds directly into their pockets to purchase first-rate coverage.
In the Christmas classic film "It's a Wonderful Life," Jimmy Stewart plays the part of George Bailey, who learns how different his hometown of Bedford Falls would be if he had never been born. Similarly, now that we've experienced life without "the private option," we know how dismal life can be with "the public option." Isn't it time that Americans be given the freedom to enjoy true choice in health care?
For Hunter, and others like him, it can't happen a minute too soon.
Miracle of miracles: Late in the day on Dec. 19, the Obama administration decided folks who have had their insurance canceled because of Obamacare can buy less-expensive catastrophic-only plans or be freed of the health insurance mandate entirely, the deadline for which was Dec. 23.
President Obama minimized this eye-popping change at his news conference Dec. 20, before he jetted off to Hawaii for his year-end vacation.
It's understandable: This unconstitutional change in the law by presidential fiat is an admission that Obamacare is not working. Mr. Obama is not one to admit failure — much preferring to point out the supposed failure of others, particularly Republicans.
Giving Americans a smaller lump of coal was not exactly a Christmas present.
Mary Claire Kendall, a Washington-based writer, served in the Department of Health and Human Services under President George H.W. Bush.

Mary Claire Kendall
Mary Claire Kendall is a writer and producer. Her book, "Oasis: Conversion Stories of Hollywood Legends," was published in 2015 in the United States and in Spain in 2016 under the title "También Dios pasa por Hollywood." @maryclairerose https://www.linkedin.com/in/maryclairekendall/